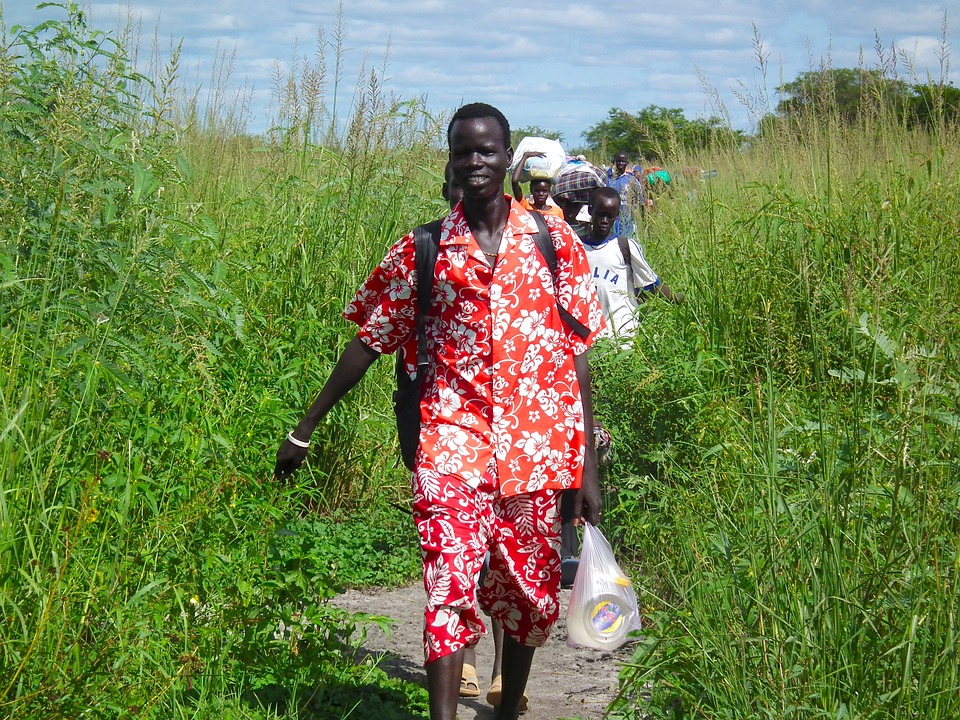 Territorial conflicts and people in Africa: forced migration and where it all started
Conflict induced displacement includes those who are “forced to flee their homes for one or more of the following reasons and where the State authorities are unable or unwilling to protect them: armed conflict including civil war; generalized violence; and persecution on the grounds of nationality, race, religion, political opinion or social group”.6 Forced migration also occurs in response to border disputes, which have led to violent conflicts in several countries.
Conflict is thus a driver of migration. Severe conflicts often lead to flows of internally displaced people or refugees, if they flee across borders, yet conflicts can also be a driver of economic migration.
Intra-African and extra-continental migration is a phenomenon that dates back to the origins of humankind. Historical records from many centuries past show well-established trade routes between Western Africa, the Arabian Peninsula and India, and between either end of the Sahara through the trans-Saharan caravan trade.
Patterns of transcontinental migration were fundamentally altered with the advent of European colonialism in the fifteenth century. The extraction of labour, commodities and natural resources helped to build the European and North American economies, while denuding such opportunities for Africa. The colonial era was designed to meet the labour demands of mining and plantation based economies, and the control and regulation of human mobility was an essential Economic Development element. For example, France introduced various forms of labour conscription in Burkina Faso and Mali, as well as, to varying degrees, in Western Africa. Similarly, the hut tax was a type of taxation introduced by the United Kingdom of Great Britain and Northern Ireland on a per hut or household basis, mainly in Eastern and Southern Africa, that was variously payable in money, labour, grain or stock. Such economic policies induced indigenous labour to move and work in colonial-owned mines and plantations on the continent.
Cultural affinities and shared languages have always played a key role in movements across borders, in terms of both people and trade. The colonial era demarcation of international borders often disregarded cultural and ethnic affiliations. The movement of people and trade, however, continued in line with traditional groups. For example, undocumented migration between Kenya, Uganda and the United Republic of Tanzania for work on tea, coffee and cotton plantations has taken advantage of common cultural affinities, languages, currencies and shared colonial experiences.
The post tomorrow will continue focusing on the relationship between current issues related to forced migration, displacement, refugees and the historical reasons behind the territorial conflicts that cause them.
Economic Development in Africa Report 2018 (UNCTAD)
Link to the complete document
Jorge Emilio Núñez
Twitter: @London1701
11th October 2018