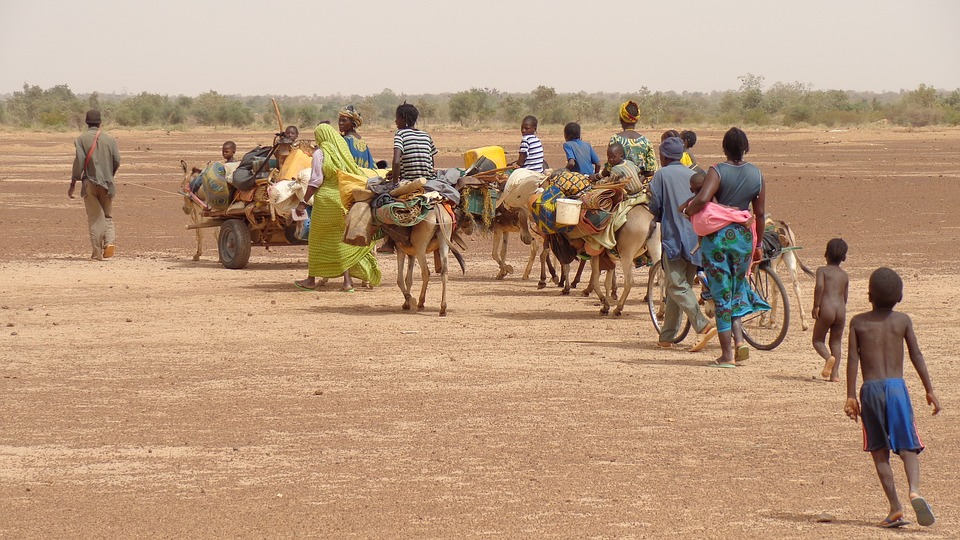 Territorial conflicts and people in Africa: forced migration
The global level of forced displacement across international borders continues to rise. By the end of 2016, the total number of refugees and asylum seekers in the world was estimated at 25.9 million representing 10.1 per cent of all international migrants. The developing regions hosted 82.5 per cent of the world’s refugees and asylum seekers.
In Africa, as a form of migration, conflict-induced or forced migration has also been a long-standing phenomenon across the world, although it gained prominence in recent times as a result of its severity, magnitude and frequency. Protracted conflicts in countries such as Syria, Libya, Mali, Democratic Republic of Congo, South Sudan and Central African Republic as well as the heightened activities of terrorists, violent extremists and radicalized groups in North and West Africa and the Middle East have contributed to increased and widespread forced displacement of persons, in search of basic safety and security.
Africa is disproportionately affected by conflict-induced or forced migration, with four of the top ten refugee accepting countries in the world being in Africa; and over 25 percent of the world’s refugees residing in Africa – this is excluding migrants who are internally displaced within different African countries. Based on this, participants collectively underscored the important need for accelerated and targeted regional action, and international support, to address the challenges faced by forced migrants and the root causes of conflict-induced migration in Africa.
Contestations over porous and artificial borders in Africa remain a cause of disputes and violent conflicts, which can lead to forced migration. For instance, borders disputes between Eritrea/Ethiopia, Sudan/South Sudan, Kenya/ Uganda, as well as Somalia and Ethiopia, Djibouti and Kenya, have led to various forms of conflicts. In addition, the porosity and poor management of borders in Africa, coupled with the effects of the war on terrorism, make border crossing dangerous and create strict border controls and enforcement. Often this has implications for the safety and protection of migrant populations, who are increasingly vulnerable to exploitation and abuse at border points by state and non-state actors.
The porosity of borders in Africa also tends to create disjoints in national identities, as communities on either side of the border are merely divided artificially, despite having family ties on either side. Given this artificiality and the fact that often people tend to simply migrate across the border, participants reaffirmed the need to promote migration for development, as espoused in Agenda 2063, including by identifying and focusing on connectors such as cultural heritage and language ties that exist across borders. Such an approach could help in fostering the receptivity of host communities to migrants.
International Migration Report 2017 (United Nations)
Link to the complete document
Conflict-Induced Migration in Africa (United Nations)
Link to the complete document
Jorge Emilio Núñez
Twitter: @London1701
10th October 2018