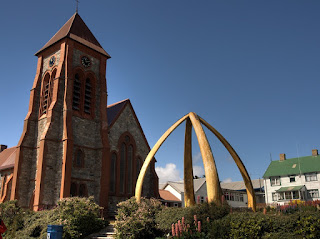 There are many academic and non-academic articles in English and Spanish (at least) about the Falkland/Malvinas islands. Matthieu Grandpierron 2017, political analyst, junior researcher at Ecole Polytechnique (France) in international relations, in the abstract about his paper “Preserving ‘Great Power Status’: The Complex Case of the British Intervention in the Falklands (1982)” summarises the answers to the questions posed by our previous post (Post 21). Thereafter, the reader will find a brief reference to the three official positions in relation to this TERRITORIAL DISPUTE: Argentina, Falkland/Malvinas islands, and the United Kingdom. Links to the complete documents and references are included.

“Preserving ‘Great Power Status’: The Complex Case of the British Intervention in the Falklands (1982)”
By Matthieu Grandpierron 2017

Abstract “This article aims to examine the importance of an often overlooked argument when it comes to explaining why great powers go to war against a weaker actor. This argument involves great power status considerations. The article argues that states care deeply about their status, especially states which are current and former great powers, and would opt to go to war to preserve this status even if the political and military consequences of such intervention are negligible to objective observers. To illustrate this argument, I will be looking at why the British decided to re-establish their sovereignty over the Falklands in 1982. The empirical part of the analysis is based on formerly secret documents declassified by the British government. This qualitative primary analysis of British documents provides new insights about the crisis and suggests that status considerations played a large role in the British decision to re-conquer the Falklands.”
Complete article available at:
Preserving ‘Great Power Status’: The Complex Case of the British Intervention in the Falklands (1982)
Argentina’s official position (Ministry of Foreign Affairs and Worship, Argentine Republic:
“The Question of the Malvinas Islands, understood as being the sovereignty dispute between Argentina and the United Kingdom over the Malvinas, South Georgias and South Sandwich Islands and the surrounding maritime spaces, originated on 3 January 1833, when the United Kingdom disrupted Argentina’s territorial integrity by illegally occupying the islands and evicting the Argentine authorities, preventing their return and the settlement of Argentines from the mainland. Since then, Argentina has consistently denounced the United Kingdom’s usurpation and, as it is provided for in the Argentine Constitution, has ratified its sovereignty over the islands and affirmed that its recovery in accordance with international law constitutes a permanent and unrelinquished goal.”
Available at:
The Question of the Malvinas Islands
The Falkland islands official position (Falkland islands government):
“[…] The UN Charter enshrines the right of all people to determine their own future, a principle known as self-determination. It is in exercising this right that we have chosen to retain our links with the UK. This fundamental right is being ignored by the Argentine Government, who are denying our right to exist as a people, and denying our right to live peacefully in our home.
We are not a colony of the United Kingdom; we are a British Overseas Territory by choice, which is something entirely different. We are not governed by Britain: we are entirely self-governing, except for defence and foreign affairs. […]”
“[…] Whilst the Argentine Government’s calls for negotiations with the UK may seem benign, and a rational way to end the dispute, it should be noted that the Argentine Constitution requires the outcome of negotiations to be nothing but full Argentine sovereignty over our home. As far as we are concerned, sovereignty is not up for discussion. […]”
Available at:
Relationship with Argentina

The United Kingdom position (and a brief reference to the European Union):