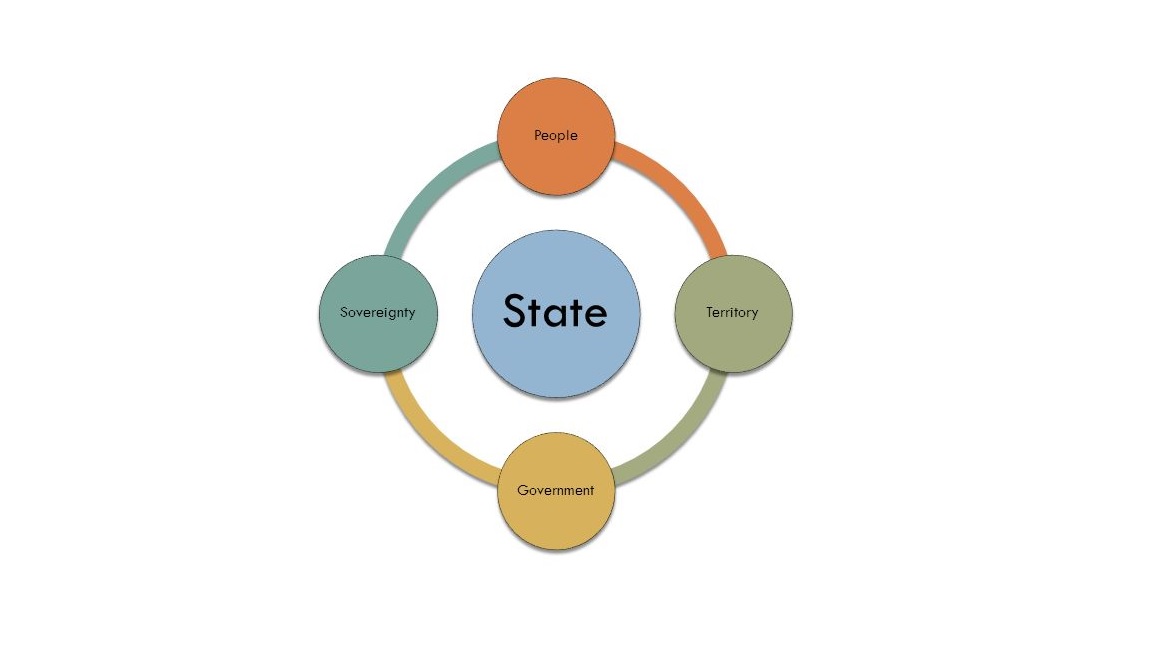 In order to better understand what a territorial dispute is we have to be familiar with basic vocabulary used in law, politics and international relations. Two key words must be introduced: STATE and SOVEREIGNTY. That is because in all territorial disputes we will have at least one STATE claiming exclusive SOVEREIGNTY over a territory.

International public law offers a definition in article 1 of the Montevideo Convention of Rights and Duties of states (1933) that declares: “The [S]tate as a person of international law should possess the following qualifications: a) a permanent population; b) a defined territory; c) government; and d) capacity to enter into relations with the other states.”

In tune with this definition the Oxford Dictionary of Law says that “[t]o qualify as a state the entity must have: (1) a permanent population […]; (2) a defined territory […]; (3) an effective government.”
Martin, Elizabeth A. and Law, Jonathan, ed. 2006. A Dictionary of Law. Oxford: Oxford University Press.
That means that a STATE has in principle three key elements:

In very simple terms, that means that in principle: territories without people cannot be a state. People without territory cannot be a state (e.g. Tibetans). A group of people living in a territory without a government (independent from any other source of law) cannot be a state (e.g. Catalonia).
These three elements (territory, population and government) require one specific characteristic to be considered a fully fleshed state. What is that characteristic? It is SOVEREIGNTY.
There are many definitions of SOVEREIGNTY. A current and comprehensive definition of SOVEREIGNTY SAYS:
“[Sovereignty is] a Supreme authority in a [S]tate. In any [S]tate sovereignty is vested in the institution, person, or body having the ultimate authority to impose law on everyone else in the [S]tate and the power to alter any pre-existing law. […] In international law, it is an essential aspect of sovereignty that all [S]tates should have supreme control over their internal affairs […]”
Martin, Elizabeth A. and Law, Jonathan, ed. 2006. A Dictionary of Law. Oxford: Oxford University Press.
Putting these two concepts together: STATE and SOVEREIGNTY we have that a SOVEREIGN STATE is a group of people (POPULATION) who lives in a piece of land (TERRITORY) and has a common government EXCLUSIVELY able to create the highest law for them in that land.
We have a territorial dispute when more than one government (or group of people) aims to EXCLUSIVELY have sovereignty over the same territory.
Jorge Emilio Nunez